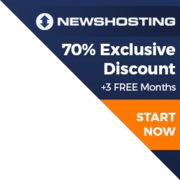 If you want to download anything, you need to have access to one or more Usenet servers. These servers can be your own ISP's Usenet server, a free public one or one of the many commercial servers. For each server you need to specify its parameters.

This statistic will show you how many of the requested articles were available on this server. The number of requested articles is included, to offer a comparison between the servers. It could be that some higher priority servers are tried less often. If they are tried less often but still have a low article availability, it might not be worth having this subscription.

NOTE Check your Usenet provider's documentation for the proper values!